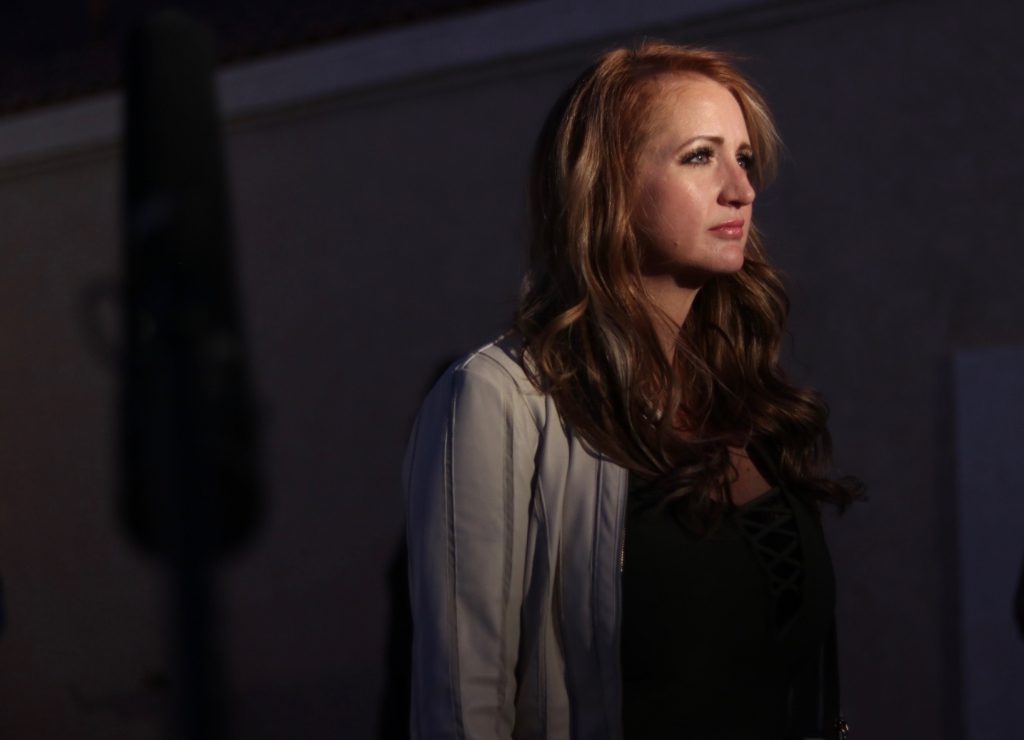 "Missing" Is An Incredibly Bold And Shockingly Raw Film Experience

Late in the evening on Sunday, July 12th 2020, 360 Films wrapped production of the short film “Missing.”  As the evening glow faded on the Las Vegas valley, a production that had been in development for more than a year was finally “in the can.” The wrap clap signified the bravery and resilience of the cast and crew of the Las Vegas joint production.  A team of crew members that never gave up on the a goal they sought and a leading lady that was brave enough to embrace the daunting role ahead of her.

“Missing” is a short film based on the mystery of a disappeared young girl in Las Vegas.  The script was written a number of years ago by writer B. Danielle Watkins.  She resurrected the script for development last year after talking with fellow directors Gino R. Payne and Onyx Keesha.  “Missing” marks the second 360 Films co-production partnership with a another Las Vegas based production company.

“I’m most excited to share fresh new material that, to  my knowledge, has never been tapped into before now.” – B. Danielle Watkins

“Missing” was initially slated for the fall of 2019 with a slightly different cast and crew however, due to both unforeseen events and the COVID-19 pandemic of 2020, this project saw several delays. In the summer of 2020, a location scout at Dream N 1 Productions found a location that could serve as every set for the entire film. Armed with the ability to quarantine principal filming into one space, the executives at 360 Films, Dream1, and Onyx Keesha Films green-lit the project for the 3rd and final time.

“When we heard about the location where we could reduce the risk of exposing the cast and crew to the general public, that was the final missing piece of the puzzle for us.” -Mario Payne

After three halts in production, the most notable difference in the project was the actress in the leading role.  According to a member of the production, an unnamed actress had initially won the role of the main character Emily Rosenberg, but after an apparent disagreement between she and producers, both sides parted ways.  Local Las Vegas actress Cheryl Prater assumed the role in early 2020 but, after several COVID-19 related delays resulting in a conflicting  schedules, the producers found themselves casting for the leading lady a third time. Emerging in the last and final audition was an actress who wasn’t invited to audition in the first two rounds of casting.  Better known as a professional makeup artist and extra/background actress, Camille Martin wowed the producers with her depiction of the character.  When considering everything at stake, director Gino R. Payne expressed his sentiment.

“Given the quarantine, it was a self tape, but even with self tapes, it’s rare to see a virtually unknown talent rise above some of the more established talents in that audition pool. It was refreshing but also scary because we knew this wouldn’t be the standard process. But she proved her self at every turn.” -Gino R. Payne

Weeks after securing the role, the Talent Publicist Agency inked the new actress to a one year deal making the cinderella story complete. After production wrapped, Camille took to social media to share her excitement of her whirlwind few months. 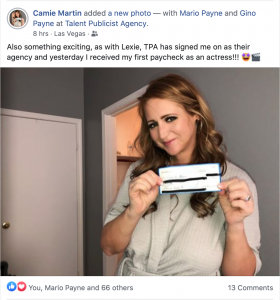 When asked about her thoughts when considering a role of this magnitude, Camille said; “As an actress, I’m relatively new, so there wasn’t this need to protect a brand that didn’t exist in the first place. What I had to focus my energy on was trying to connect with a character that, in a perfect world, wouldn’t exist either. So in a sense, that was the first step where I was able to find common ground with Emily (Rosenberg). She felt like she was fighting to exist in a world that wasn’t perfect for her. I can understand that.”

Co-director Onyx Keesha  added, “I have done films with sensitive or triggering themes in the past. But this one, given the climate of today, was especially challenging.  Also, the visual execution and non verbal acting carried so much weight in accurately telling this story…At times, more so than the words spoken.  It was a heavy atmosphere on set and, for me, a different experience.”